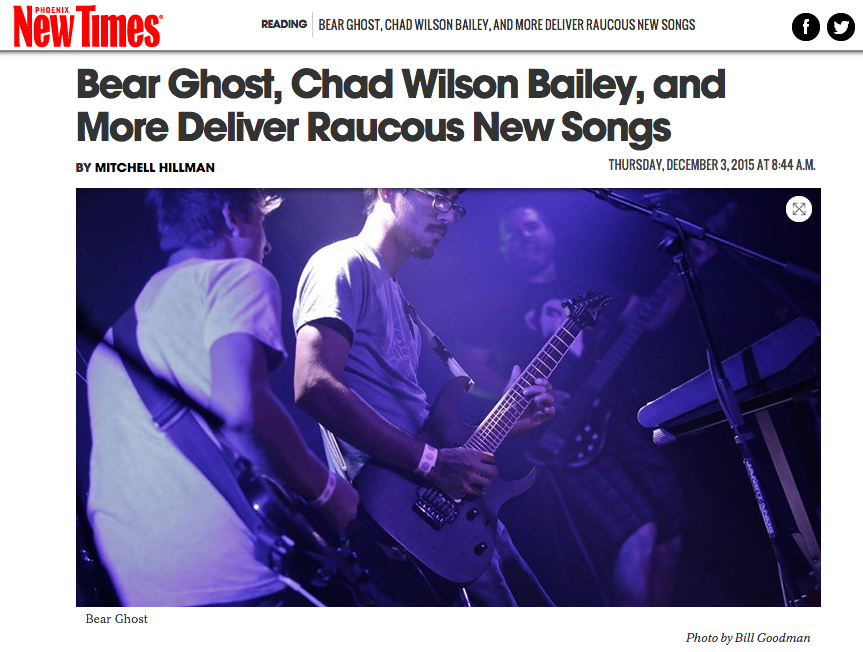 Bear Ghost – “Necromancin’ Dancin'”
I have little doubt in my mind that one of my favorite albums of next year is going to be Blasterpiece, the first full-length record by Bear Ghost. This year, they quickly became one of my favorite bands to catch live, and I haven’t been able to stop listening to their debut EP. I was hoping the album would be released this year, but at the very least, they have released the manic single “Necromancin’ Dancin'” while they put the finishing touches on the album. This song is everything I love about Bear Ghost in just under four minutes. It is steeped deeply in the best that prog rock offers, all at a breakneck punked-up pace, with a theatrical presentation that makes the band sound damn near possessed. I suppose that’s an appropriate delivery in consideration of the title and the lyrical topic. I have to say that it was pointed out to me recently that the Phoenix music scene was missing a sense of “fun,” and I absolutely understand that perception. That in mind, I have to say that if you’re looking for fun, Bear Ghost is it, without a shadow of a doubt. I was late to the party on their first EP, but after catching their live shows and indulging in this song repeatedly, I feel I arrived just in time. They are top-notch in everything they do, and it’s nearly impossible to bear the anticipation building for the release of Blasterpiece early next year.