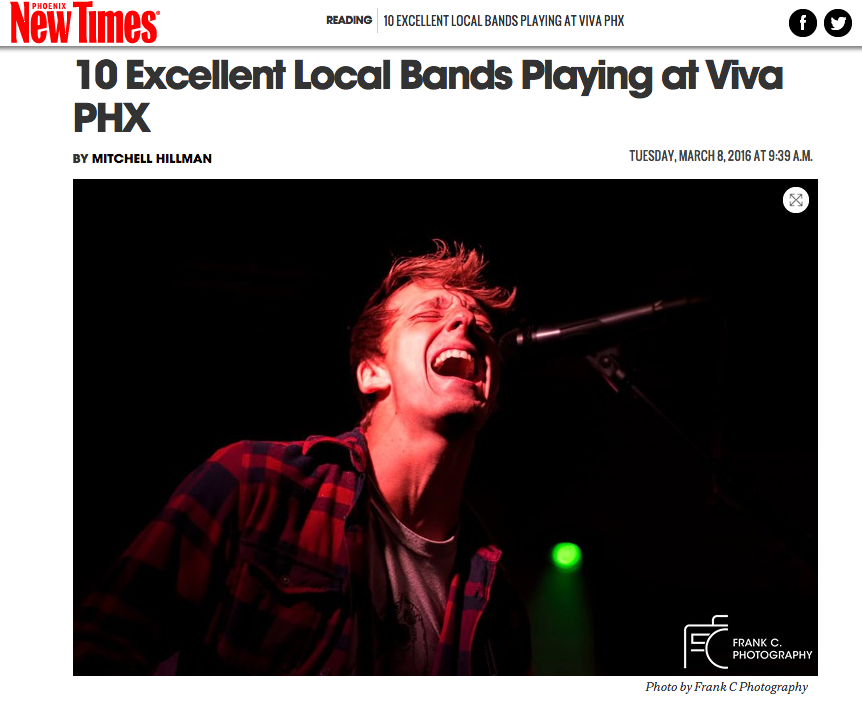 It stuns me each year as Viva PHX, Stateside Presents’ mini-South by Southwest that takes place in 17 venues in downtown Phoenix on Saturday, gets better and better, how difficult the decisions are about when and where to be. In addition to the sheer mind-blowing volume of touring acts booked, there is a ton of local talent scattered throughout the event. Now it’s easy to dismiss them, because you can catch them in a week or two, but some of the local acts that are a priority this year don’t play out as often as some would like. I’ve listened to every band that will be at Viva PHX, national, international, and local, and in many cases the local bands win hands down. Here are 10 picks to get your local groove on throughout the festivities.

Bear Ghost (8 p.m., Last Exit Live)
Bear Ghost was named as one of THE bands to watch in 2016, and it’s not difficult to understand why after they sold out their record release party at Last Exit Live for their full-length debut Blasterpiece. I will be very surprised if another local album can be released this year that will knock Bear Ghost from the top position they currently hold in my ranking of the year so far. Not only is the album a stunner, their live show is ridiculously fun, and it’s what drew me to the band in the first place. Their signature brand of theatrical indie prog rock mixed with a touch of nerdcore is possibly the most fascinating sound going on in Phoenix right now. Every one that sees them live seems to fall in love with them on the spot, so I would highly recommend getting to Last Exit Live for their set.