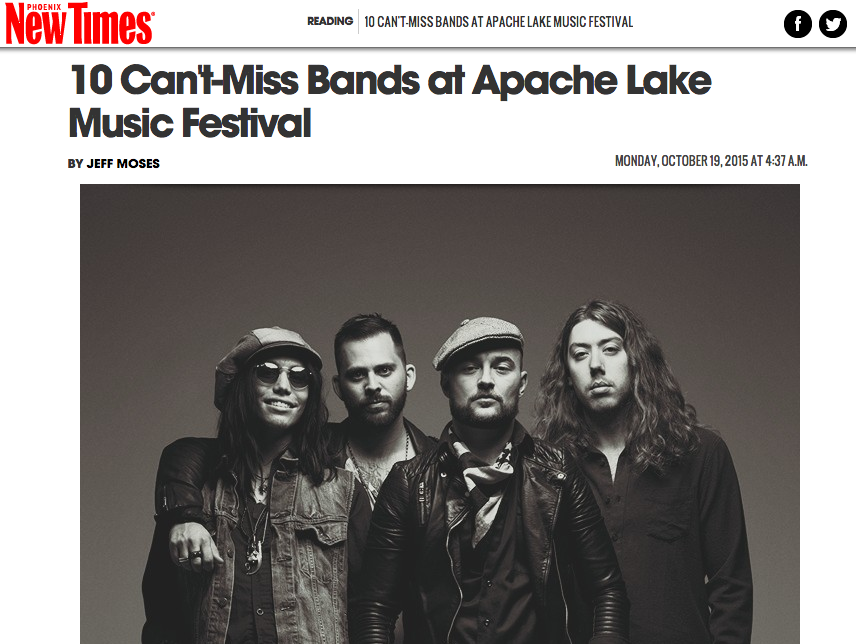 Bear Ghost is having a really latter half of 2015: They dropped a record, they opened for Mega Ran at Crescent Ballroom for his album release, and now they will be taking a nice evening slot at on the inside stage at ALMF. Bear Ghost has a ton of energy, and they get super-loud because that’s how rock ‘n’ roll is supposed to be played. They’re another act that has been impressing scenesters, but they also posses the look and sound a band that can take a step out of the scene and play for regular Phoenicians at city-sponsored events. The Bear Ghost boys also have a close relationship with Captain Squeegee frontman and trumpeter Danny Torgersen, so a collaboration is definitely on the table.