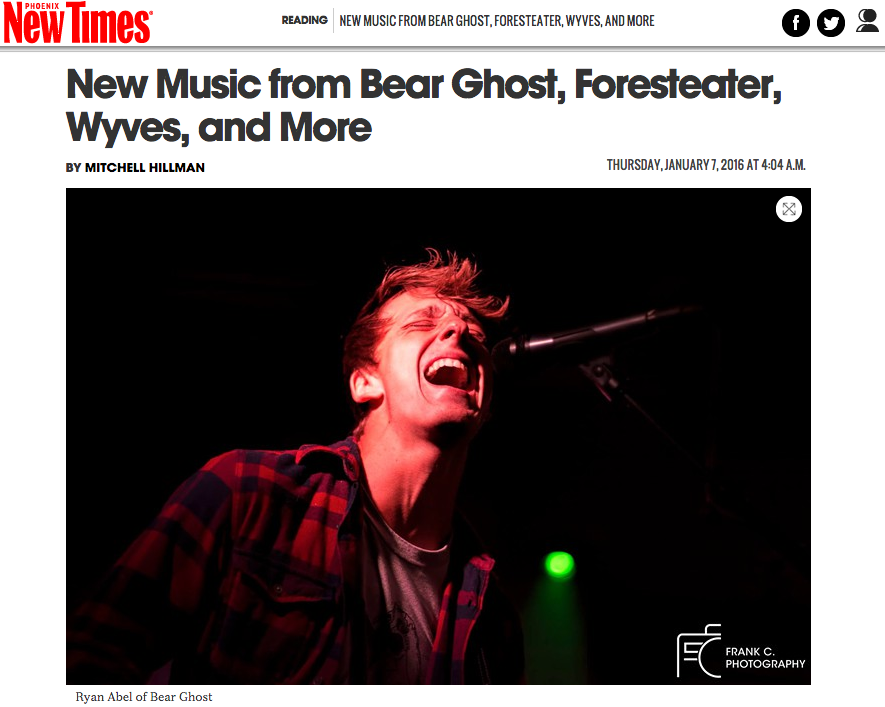 Bear Ghost — “Funkle Phil”
Bear Ghost is celebrating the New Year by releasing another single from its forthcoming debut full-length album, Blasterpiece. “Funkle Phil” has been one of my favorite songs in the band’s live set for awhile. The song really shows off the group’s prog-meets-indie-meets-nerd-rock. It also shows off the band’s affection for Queen in less-than-subtle ways. This makes sense if you’ve ever seen a Bear Ghost show, which usually contains a spot-on cover of Queen’s “Don’t Stop Me Now.” Like many of their songs, “Funkle Phil” slams enough movements into one three-minute song to make your head spin. Along with the first single “Necromancin’ Dancin’,” “Funkle Phil” just ups the ante on the anticipation for Blasterpiece. I haven’t even heard the album yet but am already wondering whether it’s going to be the album of the year. If these singles and Bear Ghost’s live set are any indication, it will be. They are a hell of a lot of fun and their music has a genuinely joyful vibe — and that’s refreshing. Keep your eyes on this prize and be sure to catch Bear Ghost on Saturday, January 9, at The Rebel Lounge, where they will be joined by Captain Squeegee, Fairy Bones, and Harrison Fjord.